SPRINGFIELD – Another state agency under the direction of Governor JB Pritzker is being held in contempt of court following poor healthcare and a failure to produce a plan to address systematic care in the state’s prison system.

Plus, as students head back to the classroom, a new report shows a decline in enrollment numbers since the start of COVID-19.

And while summer is almost over, bi-state legislators go to battle on the diamond at Busch Stadium in St. Louis, while the unveiling of a 500-pound butter cow kicks off the 2022 Illinois State Fair.

A federal judge has held the Illinois Department of Corrections (IDOC) in contempt of court following the state-run agency’s failure to put forth a plan to improve healthcare quality for inmates within the prison system.

Recently, a report by the federal government was released citing the abuse and mistreatment of elderly inmates and a severe shortage of healthcare providers and nurses. The report also showed poor record-keeping for the 29,000 inmates in the system.

According to a report by the Chicago Tribune Aug. 10, elderly prisoners with dementia appeared “neglected” and “abused” where in some cases inmates were not properly hydrated or given assistance in eating by medical staff. The report also cites a prisoner in poor health was left on a mattress where he soiled himself without a nurse cleaning him.

The report from the federal government also cited a shortage of doctors and nurses throughout the state agency. At one point, the report showed only one doctor assigned as the medical director for four facilities housing 4,711 inmates.

Tracy finds the number of people who have been severely impacted by the failed leadership within the Pritzker Administration as appalling, citing the Governor must be held accountable for his inaction.

This order of contempt comes as the Pritzker Administration is also confronted with leadership issues within other agencies. These issues include the death of 36 veterans at the LaSalle Veterans Home and numerous children under the care of the Department of Children and Family Services, whose agency’s Director has been held in contempt of court more than a dozen times this year.

School enrollment numbers down since COVID-19

A new report this week paints a clearer picture of the damage done to Illinois’ education system following a number of Executive Orders by the Pritzker Administration, which forced school closures due to COVID-19 beginning in 2020.

Advance Illinois released a report titled “The State We’re In,” Aug. 11 to further examine how COVID-19 has impacted the state’s education system.

Since the beginning of COVID-19, Senate Republicans have made several pleas for the Legislature to be a part of the decision-making process, but instead the Pritzker Administration has acted unilaterally issuing dozens of Executive Orders for the entire state without input from the state legislature.

Batters Up! Illinois takes on Missouri at Busch Stadium

Members of both the Illinois and Missouri legislatures teamed up for the second annual Bi-State Softball Showdown at Busch Stadium this past week. The event is an initiative to show bi-state, bi-partisan cooperation for the St. Louis Metro region.

This year, State Senators Dave Syverson of Cherry Valley, Jason Plummer of Edwardsville, and Steve McClure of Springfield took part in the event on behalf of the Senate Republicans. Illinois lost to Missouri, 8-6. 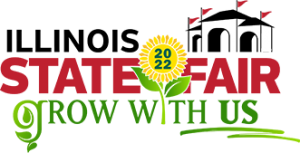 The Illinois State Fair in Springfield is underway following a ribbon-cutting ceremony to open the fair on Aug. 11.

On Aug. 10, State Fair officials unveiled the iconic Butter Cow located at the Dairy Building. The 500-pound Butter Cow will be on display throughout the duration of the Fair. It can be viewer live via the Butter Cow webcam.

The Fair in Springfield runs through Aug. 21 this year, and features acts like Willie Nelson, Jon Pardi, Demi Lovato, Brooks and Dunn, a Giant Dinosaur Display and so much more. The entire schedule can be viewed by clicking here.

PrevPreviousCourt ruling against IDOC not surprising
NextSenate Week in Review: Aug. 15-19, 2022Next