SPRINGFIELD – A Cook County judge has declared that the Governor and legislative Democrats went too far when they changed how awards are calculated in personal injury and wrongful death lawsuits. The judge ruled their new law unconstitutional, setting up a potential ruling by the Illinois Supreme Court.

Several new bills were signed into law recently, including visitation rights for patients during disaster declarations such as COVID-19; allowing the use of pepper spray for self-defense by Department of Children and Family Services (DCFS) investigators; new protections for victims of child sex crimes; and increasing access to benefits and services for emergency dispatchers.

In other news, the Senate Republican Caucus is once again inviting people to visit the Capitol and pay their respects to the brave men and women who have given their lives in service of their country. 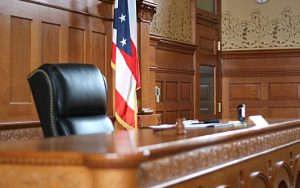 Gov. JB Pritzker and his legislative allies received a strong rebuke in a Cook County courtroom recently, as a judge there ruled a recent new law as unconstitutional. The law in question changed the way that interest is calculated for rewards in personal injury and wrongful death lawsuits, by starting the calculation of interest at the day a lawsuit was filed.

The change was the result of legislation rammed through during the last day of the 2021 legislative session by Democratic leaders and quickly signed into law by the Governor.

A wide spectrum of industry groups—including businesses, manufacturers, and even the Illinois State Medical Society—had warned of the potential consequences of the legislation, which could make it more difficult for businesses and increase costs for consumers throughout the state.

In her ruling, the judge stated that the law created different classes of plaintiffs and defendants, by creating larger payouts in personal injury and wrongful death lawsuits compared to other types of cases. She made the ruling as part of a medical malpractice case that it would have affected. The judge also ruled the new law violated businesses’ constitutional right to a trial by jury by taking the award of damages out of the hands of their peers. The ruling is currently limited to that particular case, but if the defendants appeal, it could be revisited by the Appellate Court and then taken up by the Illinois Supreme Court.

A new law on the books will help ensure that families have more rights to visit their loved ones in healthcare facilities during declared disasters like the COVID-19 pandemic.

Senate Bill 1405 provides for the opportunity for at least one visitor of a patient in a hospital or long-term care facility while also maintaining the health and safety of the patients, staff, and visitors.

To ensure that the health and safety of staff, patients, and visitors are not jeopardized, Senate Bill 1405 allows healthcare facilities to maintain standards including health screenings and the use of personal protective equipment. 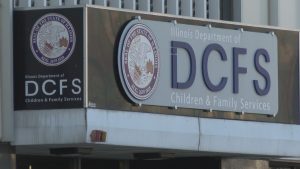 Frontline DCFS employees will soon have a new option to protect themselves in potentially dangerous situations they face in the field now that the Governor has signed legislation to allow the workers to be allowed to carry pepper spray.

Pepper spray is already legal for adults to carry in public for personal defense, but DCFS regulations have not allowed their employees to carry it while on duty.

Senate Bill 1486 allows DCFS frontline workers to carry pepper spray for defensive purposes while investigating cases involving allegations of child abuse and neglect. The legislation also directs the Illinois State Police to develop a program on the proper use of pepper spray. DCFS employees will be required to complete the program to carry pepper spray in the field.

The legislation was inspired by the murders of two DCFS investigators. Deidre Silas was stabbed to death in January at a home in Thayer during a child welfare investigation. In February 2018, Pamela Knight died in the hospital from injuries sustained during a brutal attack that occurred while she was trying to take a child into protective custody.

The legislation was signed by the Governor on May 27.

A new law aims to help protect the privacy rights of victims of child sex crimes by allowing a judge to clear disinterested parties from the courtroom when the victim testifies.

Under previous Illinois statute, a minor victim of a sex crime is afforded the right to testify without the presence of so-called disinterested parties. However, due to a lack of clarity within the statute, there was uncertainty on whether those privacy protections extended to victims who turned 18-years-old by the time of their trial.

Senate Bill 2942 makes it clear that judges are allowed to remove the disinterested parties even if the victim is now older than the age of 18, if the crimes occurred when the victim was a minor.

To safeguard the constitutional rights of defendants, the judge must find that parties do not have a direct interest in the case and must put their basis for that finding into the record. The new privacy protections and procedures are effective immediately.

Another protection for young victims was also recently signed into law. House Bill 4593 seeks to help victims of child sex abuse and trafficking. It puts an end to the practice of predators trying to avoid punishment by claiming that they didn’t know a victim was a minor when they solicited that minor for sex. 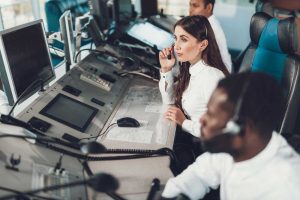 Emergency dispatchers will now have access to many of the same services and benefits as other first responders under a new state law.

The new law recognizes not only the role that dispatchers play, but the fact that many of them face the same issues as other responders, including post-traumatic stress disorders and other issues. 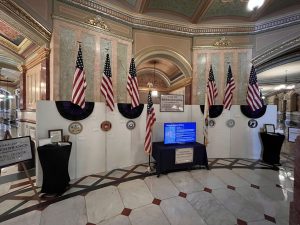 The Veterans Memorial Wall has become a regular tradition at the Capitol, with the Republican Senators first launching it in 2015. The display features a large video screen with a slide show displaying the names and photos of veterans who have made the ultimate sacrifice in defense of their country, as well as a large area where visitors can honor these fallen heroes by writing and posting notes of thanks and/or remembrance.

With the Capitol once again open to the public, the Senate Republican Caucus is inviting people to come visit the Veterans Memorial Wall, learn more about the brave men and women featured there, and leave their own messages honoring those service members who gave their lives in the line of duty.